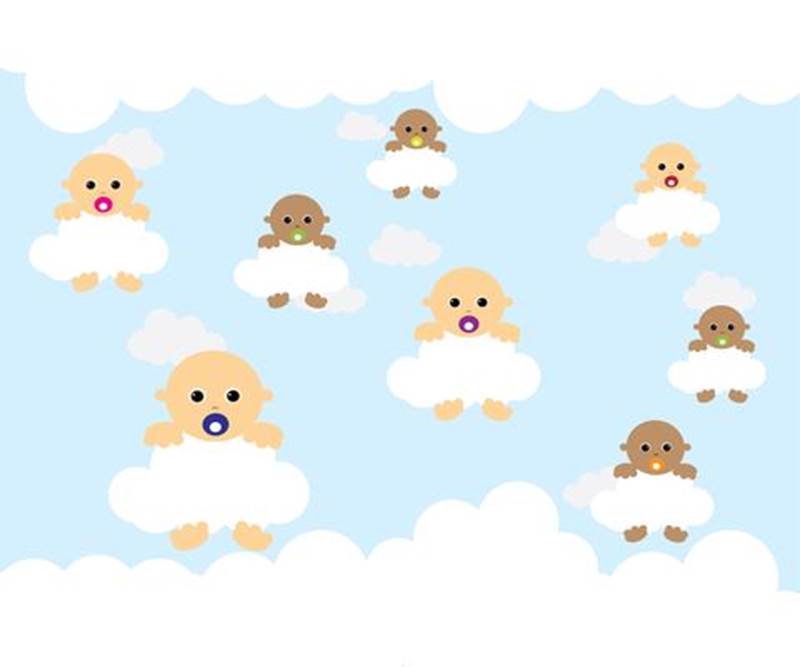 "Born in the cloud" is a new category of cloud services poised to make an impact on enterprises.

Years ago, we were talking about cloud native design as the lodestar for modern workload systems.

Now, we see the cloud as one more stepping stone toward even newer technologies that make data even more versatile and transferable.

Let's look at four of these and how they work, and how they intersect for the next generation, moving beyond the cloud age.

With the evolution of peer to peer systems, the emergence of the Internet of Things, and the decentralization of the blockchain, cloud systems may be moving to a new place in a type of setup called "distributed cloud." Here a distributed peer to peer hardware framework runs services at the network edge, instead of in a centralized environment. This contributes to less latency and congestion on the network.

Like distributed computing, distributed cloud makes use of those individual hardware nodes that are 'out in the field.' Like the blockchain, it decentralizes certain types of control and management of system operations.

When we talked about no-hardware designs with "born in the cloud" systems nearly a decade ago, we were mainly talking about moving physical infrastructure from on-premises systems, to off-site in a vendor's network.

People talked a lot about the obvious savings for business that doesn't have to maintain its own server rooms anymore.

What's happened since then, though, is that virtualization has brought the next step – completely untethering hardware pieces from a physical footprint and co-locating them in larger data centers.

In other words, virtual machines don't ‘sit’ anywhere. They don't have physical connections. You don't have to get inside their guts to deal with CPU and storage capacity and other allocations.

Virtualization and the practice of using containers became one of the next big trend after companies started moving all sorts of data and operations to the cloud. It remains one of the big transfer modernizing business systems. (Read also: 10 Ways Virtualization Can Improve Security)

Here's another interesting trend that's been happening over the same time period: the way we approach data storage.

First, cloud became joined by the acronym SaaS (software as a service.) There was a further innovation toward making all kinds of data operations remote and sourcing them off-site from vendor offices. (Read also: Redefining IT Decision-Making in the Age of SaaS.)

At the same time, people were figuring out better ways of retrieving data from its archived location.

When people talk about modern business data centers and data warehouses, they're not talking about traditional relational database design. At least that's the trend – away from old relational database table technology and toward a variety of approaches called noSQL.

In noSQL systems one of the big fundamental changes is that data is not identified by its particular location in a table. Instead, it's defined by its attributes with key-value pairs, schemas or other types of innovations.

In other words, the data identifiers allow it to roam free in a less structured database environment, which leads to more capable queries and retrieval practices.

As we talk about this third trend, let's also talk about cryptocurrency, which became much more of an integrated presence in our lives throughout the past four or five years.

The first cryptocurrency to make a splash was Bitcoin, and people tried to figure out how to get their heads around the concept of digital currency and blockchain technology.

Then all sorts of other cryptocurrencies started to emerge, including smart contract-handling chains like Ethereum that were able to use tokens to handle data on the blockchain.

Along with that, there was a move toward something called web 3 or the semantic web.

The idea here is that data can move from a simple cloud approach to a more refined place where it exists within semantic structures, noSQL environments and perhaps moves through blockchain oriented processes.

These new trends also mingle with one another.

For instance, BrightStar has developed a resource that is billed by its makers as an “ACID-compliant RDF triple store” that uses a data object layer and semantic web standards to approach data in a whole new way.

Part of the similarity with blockchain and semantic web systems is the use of data objects instead of basic exploration of data locations. Some people describe semantic web as a mapping of the Internet, and others talk about decentralized approaches to networking that complement the decentralization of cryptocurrencies like Bitcoin.

In addition to blockchain technology and cryptocurrency, an emerging aspect of this new web is the metaverse. Described by Mark Zuckerberg as an "embodied internet" where the user is actually part of the experience, this new cloud born tech has been making waves and inspiring many predictions about how exactly it will impact the world. By improving the virtual reality experience, the metaverse is poised to make exciting waves in many lifestyle, gaming and ecommerce sectors, and beyond. (Read also: Gaming, Fashion, Music: The Metaverse Across Industries.)

Virtualization, distributed cloud systems, immutable blockchains and noSQL data environments are continually being refined. They are an integral part of what's going to help our data world evolve beyond what was born in the cloud several years ago as they continue to change in an effort to anticipate and meet the needs of enterprise.

Justin Stoltzfus is a freelance writer for various Web and print publications. His work has appeared in online magazines including Preservation Online, a project of the National Historic Trust, and...

Kuntal Chakraborty is an IT Engineer by profession and education. He has worked as a Systems Engineer and Network Engineer at Siemens and Atos. Kuntel&#39;s current passion is Artificial...