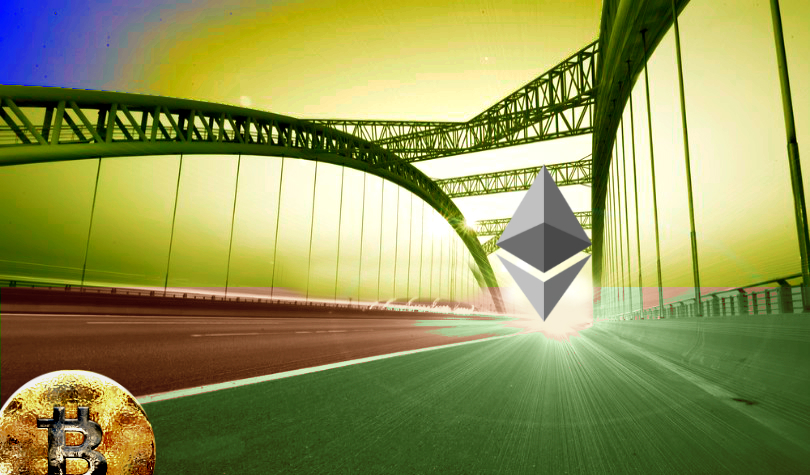 The advent of blockchain bridges has made blockchain a more mainstream technology. Bridging solutions also aid the DeFi applications design that empowers the prospectus of a decentralized and financial system. By enabling connections between different blockchains or working together, blockchain bridges help users head towards the next-generation decentralized system. Thus, it aims to end the sovereignty of the centralized system from the business ecosystem. However, blockchain plans to bring about many new paradigms to reinvent the existing bridges and promote greater innovation and technological relevance.

Blockchain technology keeps evolving, and it has been changed significantly since 2008 when Satoshi Nakamoto introduced the first cryptocurrency, Bitcoin, to the world. Bitcoin brought along blockchain technology. Since then, multiple blockchain platforms have been launched. Every blockchain has unique features and functionality to fill the gap between blockchain technology and its real-world implications. Notwithstanding the amazing benefits of the blockchain, such as its decentralized nature, the immutability of records, distributed ledger, and smart contract technology, a major hurdle still affects blockchain’s mass adoption, which is the lack of interoperability.

Although public blockchains maintain transparency in the on-chain data, their siloed nature limits the holistic utilization of blockchain in decentralized finance and many other industries. Blockchains have unique capabilities that users often want to utilize together. However, that doesn’t seem possible since these blockchains work independently on their isolated ecosystem and abide by their own unique consensus rules. Independent blockchains can’t interact with each other to exchange information or value.

This interoperability issue becomes critical due to the expanding blockchain networks and more DeFi projects going cross-chain. Meanwhile, such siloed nature of blockchain contradicts the core principle of decentralization, which revolves around making blockchain accessible for everyone. Is there any solution to this lack of interoperability? How can someone from the Ethereum network access the data and resources available on a different blockchain like Binance? That’s where bridging solutions or blockchain bridges make a move.

Let’s explore the bridging solutions and their working mechanisms in this article. In addition, we will also learn to build a decentralized token bridge between Ethereum and Binance Smart Chain are two popular blockchains for DeFi development.

What are blockchain bridges?

What are the Types of Blockchain Bridges?

A federated bridge is also known as a centralized bridge. It is essentially a kind of centralized exchange where the users interact with a pool that can sometimes be a company or a middleman. If the token transfer occurs for Ether and BNB, there will be two large pools; one containing BNB and another containing Ether. As soon as the sender initiates the transfer with Ether, it gets added to the pool, and the pool sends him an equivalent amount of BNB out of the second pool. The centralized authority charges a small fee to regulate this process. However, the fee is a small amount that users can pay conveniently.

These are the purely decentralized bridge that eliminates the role of any third party. Trustless blockchain bridges don’t even use API to administer the process of burning and minting the token. Instead, smart contract plays a key role here. When a user initiates the token transfer through the trustless bridge, the smart contract freezes his current cryptos and provides him a copy of equivalent tokens on the new network. The smart contract then mints the token since it understands that the user has already frozen or burnt tokens on another network.

What are the main features of a bridging solution?

Tokens are not really transferred via a blockchain bridge. When a user transfers a token to another blockchain, a two-stage process takes place. At first, the tokens are frozen on the current blockchain. Then, a token of equal value is minted on the receiving blockchain. So, if the user wants to redeem the tokens, the bridge burns the equivalent token to unlock the original value.

Trust-based decentralized blockchain bridges are popular even though they include a ‘merchant’ or trusted custodian. The custodian controls the fund (tokens) via wallet and helps ease off the token transfer process. Thus, high flexibility remains in many blockchain networks.

Bridge validators act as the network operators. These operators issue corresponding tokens in exchange for the token they receive from another network through a special smart contract.

Cross-chain collaterals help users to move assets from one blockchain of significant value to another with low fees. Earlier, the users were allowed to borrow assets only from their native chain. Now, they can leverage cross-chain borrowing through a blockchain bridge that requires additional liquidity.

Why is a bridging solution needed?

Following are the three big reasons a blockchain bridge or bridging solution is crucial:

The most obvious yet crucial role of the blockchain bridge is that it enables cross-blockchain exchange. Users can instantly mint tokens on the desired blockchain without using any costly or time-taking exchange process.

Blockchain bridges help various blockchains to develop by leveraging the abilities of each other. For instance, the features of Ethereum cannot be available on BSC. Bridging solutions let them work and grow together as a team player to solve the challenges occurring in the blockchain space.

The last big reason behind someone’s need for a bridging solution is transaction fees, often high on popular blockchains. In contrast, newer blockchains don’t impose high transaction costs, though they lack security and other major features. So, bridges allow people to access new networks, transfer tokens to that network, and process transactions at a comparatively low cost.

How to build a decentralized token bridge between Ethereum and Binance Smart Chain?

Using this step-by-step procedure, you will learn how to build a completely decentralized bridge between Ethereum and Binance smart chain using the solidity programming language. Although many blockchain bridges use API to transfer tokens and information, APIs are vulnerable to hacks and can send bogus transactions once hacked. So, we will make the bridge fully decentralized by removing the API from the mechanism.

We allow the bridge script to generate a signed message that the contract will receive to mint the tokens after verifying the signature. The contract also makes sure that the message is unique and hasn’t been used before. That way, you give the signed message to the user, and they are in charge of submitting it to the blockchain to mint and pay for the transaction.

Next, deploy another component of the decentralized token bridge; the Ethereum token bridge using the following code.

Once done with the contracts, mint and burn the IToken using the following code:

Next, after minting and burning the IToken, program the migrations:

Now, write the smart contract for the token base.

Once the token base is deployed, deploy the token on Binance smart chain using the given code:

Next, deploy the token on Ethereum using the given code:

Once the token is deployed on Binance smart chain and Ethereum, we will program the migration function:

Now, deploy the bridge between Ethereum and Binance smart chain.

Once the bridge is deployed, deploy the decentralized bridge:

Next, program the bridge API that listens to the transfer events:

Now, deploy the Private key function to the Ethereum bridge.

At last, program Token balance function for the bridge:

To deploy bridge smart contract on Ethereum, type this given code in the Ethereum test net

To deploy bridge smart contract on Binance smart chain, type this given code in the BSC testnet