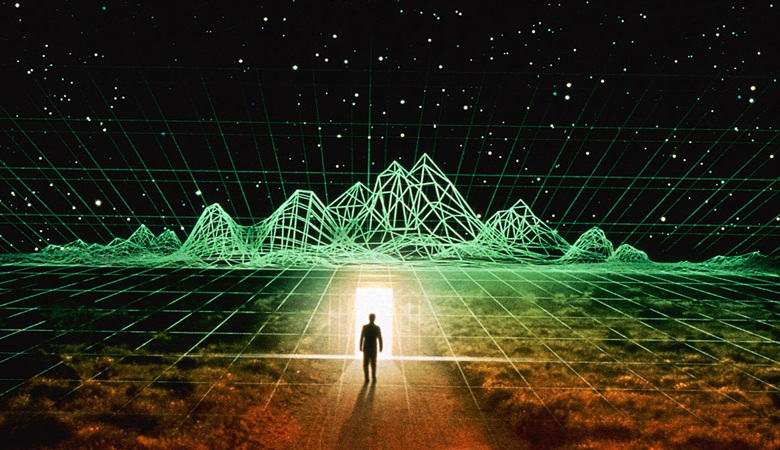 According to some theorists, we are living in a simulated reality. This theory is based on the idea that the world we experience is nothing more than a computer simulation. Furthermore, some scientists believe that an advanced civilization could create this simulation.

We spend so much time inside computers and phones that it’s hard to imagine life without them. But what if we’re living in a simulated reality?

Some people think that computers could be creating simulations of different worlds in which to play, while others believe that our entire reality could be just one extensive computer simulation.

What is defined as Real?

When discussing what is real, it’s important to define what is meant by the term. For some, the reality is what can be experienced through the five senses. Anything that exists outside of that is considered to be fake or simulated.

Others may believe that reality is more than just what can be perceived with the senses. It may also include things that are beyond our understanding or knowledge.

In the movie “The Matrix,” Morpheus asks Neo what is real. This is a question that people have asked throughout history. Philosophers have debated this question for centuries. What is real? Is it the physical world that we can see and touch? Or is it something else?

Some people believe that there is more to reality than what we can see and touch. They believe that a spiritual world exists beyond our physical world. Others believe that reality is nothing more than an illusion.

There is no single answer to this question as it varies from individual to individual. What one person considers natural may not be seen as such by someone else. This makes it a difficult topic to debate or discuss.

The Matrix: A movie or a Documentary?

There is a lot of debate over whether the 1999 movie The Matrix is a work of fiction or a documentary.

The Matrix is a movie based on the idea of simulated reality. It asks the question, what if our world is not what we think it is? What if we are living in a simulation? The movie takes this idea and runs it, creating a believable and fascinating world.

However, some people believe that The Matrix is more than just a movie. They think that it is a documentary. Our world is a simulated reality, and we live in it without knowing it. While this may seem like a crazy idea, it does have some basis in science.

Simulated reality is something that scientists are currently studying, and there is evidence that suggests it could be possible. So, while The Matrix may be a movie, it could also be based on reality exploring the idea of a simulated reality.

The theory is that we might be living in a simulated reality. Proponents of the simulation theory say that it’s plausible because computing power increases exponentially.

Why wouldn't simulators do so if we could create a simulated world indistinguishable from reality?

Some scientists even believe that we’re already living in a computer-generated simulation and that our consciousness is just a program or algorithm.

Physicist creates AI algorithm that may prove reality is a simulation

A theory suggests that we are all living in a simulated reality. This theory, known as the simulation theory, indicates that humans created a computer program that allows us to experience life as if we are living in the real world at some point in our history.

Some people believe that this theory could explain the mysteries of our existence, such as why we are here and what happens when we die.

The first time the simulation theory was proposed was by philosopher Rene Descartes in 1641. However, it wasn’t until the 1970s that the theory began to gain popularity. This was due to the development of computers and later artificial intelligence.

Then, in 2003, philosopher Nick Bostrom published a paper titled “Are You Living in a Computer Simulation?” which revived interest in the theory.

While there’s no definitive proof that we’re living in a simulation, the theory raises some interesting questions.

What if everything we experience is just an illusion? What does that mean for our understanding of reality and ourselves?

How could we know if we’re living in a simulation?

Whether or not we live in a computer-generated simulation has been debated by philosophers and scientists for centuries. Still, recent advancements in artificial intelligence (AI) have brought the topic back into the spotlight.

Some experts believe that if we create intelligent machines, they could eventually become powerful enough to create their simulations, leading to an infinite number of universes — including ours.

So how could we know if we’re living in a simulation? One way would be to see if the laws of physics can be simulated on a computer. Another approach is to look for glitches or inaccuracies in the universe that could suggest it’s fake. However, both methods are complicated to execute and may not provide conclusive results.

The bottom line is that we may never know whether or not we’re living in a simulation.

The likelihood of living in a simulated reality is still up for debate; the ramifications of such a possibility are far-reaching.

If we were to find ourselves in a simulated world, it would force us to re-evaluate our understanding of reality and its meaning to being human. It would also raise important questions about the nature of existence and our place in the universe.