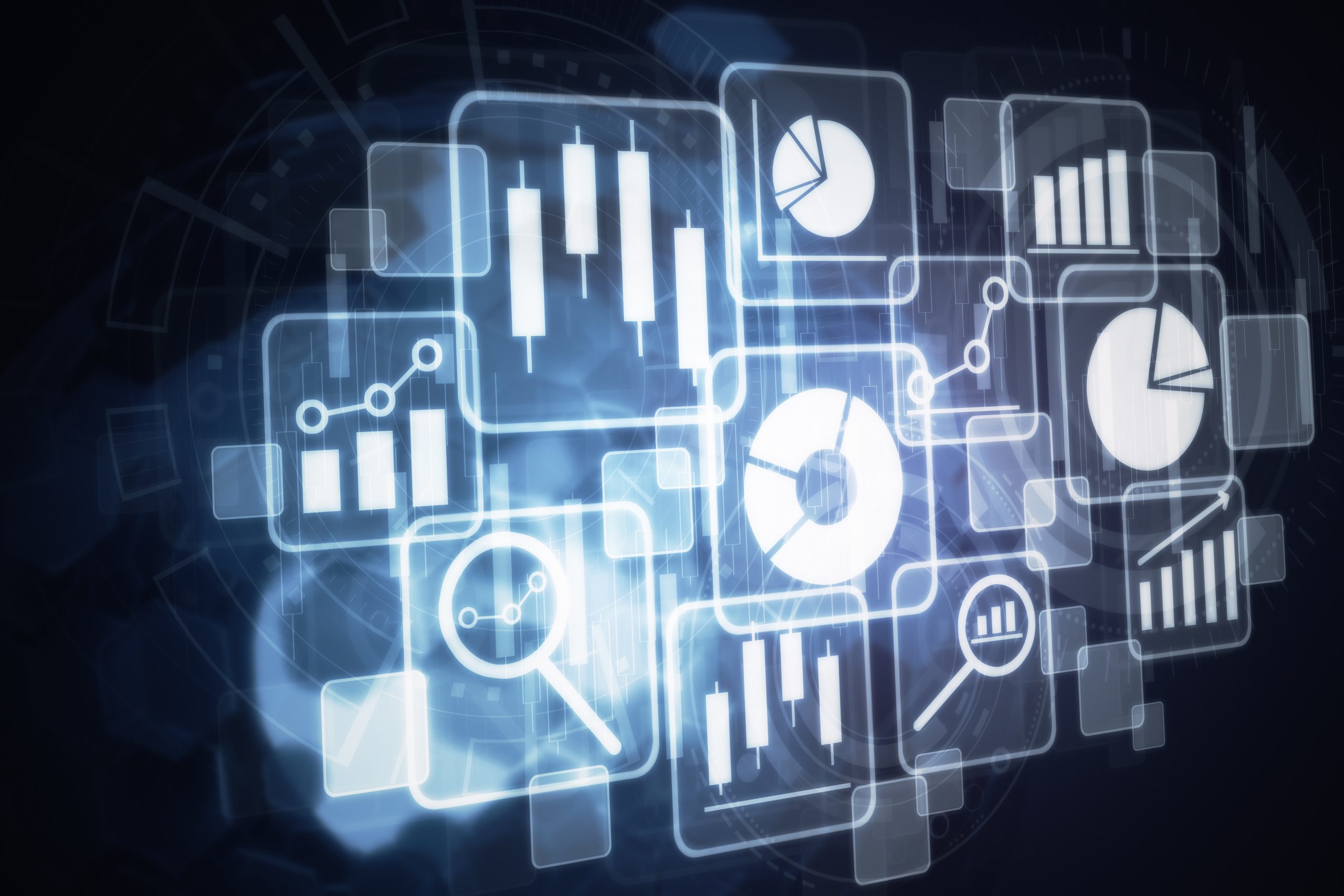 The growing digitization of nearly every aspect of our world and lives has created immense opportunities for the productive application of machine learning and data science. Organizations and institutions across the board are feeling the need to innovate and reinvent themselves by using artificial intelligence and putting their data to good use. And according to several surveys, data science is among the fastest-growing in-demand skills in different sectors.

However, the growing demand for AI is hampered by the very low supply of data scientists and machine learning experts. Among the efforts to address this talent gap is the fast-evolving field of no-code AI, tools that make the creation and deployment of ML models accessible to organizations that don’t have enough highly skilled data scientists and machine learning engineers.

In an interview with TechTalks, Nenshad Bardoliwalla, chief product officer at DataRobot, discussed the challenges of meeting the needs of machine learning and data science in different sectors and how no-code platforms are helping democratize artificial intelligence.

“The reason the demand for AI is going up so significantly is because the amount of digital exhaust being generated by businesses and the number of ways they can creatively use that digital exhaust to solve real business problems is going up,” Bardoliwalla said.

At the same time, there are nowhere near enough expert data scientists in the world who have the ability to actually exploit that data.

“We knew ten years ago, when DataRobot started, that there was no way that the number of expert data scientists—people who have Ph.D. in statistics, Ph.D. in machine learning—that the world would have enough of those individuals to be able to satisfy that demand for AI-driven business outcomes,” Bardoliwalla said.

And as the years have passed, Bardoliwalla has seen demand for machine learning and data science grow across different sectors as more and more organizations are realizing the business value of machine learning, whether it’s predicting customer churn, ad clicks, the possibility of an engine breakdown, medical outcomes, or something else.

“We are seeing more and more companies who recognize that their competition is able to exploit AI and ML in interesting ways and they’re looking to keep up,” Bardoliwalla said.

At the same time, the growing demand for data science skills has driven a wedge into the AI talent gap continue. And not everyone is served equally.

The shortage of experts has created fierce competition for data science and machine learning talent. The financial sector is leading the way, aggressively hiring AI talent and putting machine learning models into use.

“If you look at financial services, you’ll clearly see that the number of machine learning models that are being put into production is by far the highest than any of the other segments,” Bardoliwalla said.

In parallel, big tech companies with deep pockets are also hiring top data scientists and machine learning engineers—or outright acquiring AI labs with all their engineers and scientists—to further fortify their data-driven commercial empires. Meanwhile, smaller companies and sectors that are not flush with cash have been largely left out of the opportunities provided by advances in artificial intelligence because they can’t hire enough data scientists and machine learning experts.

Bardoliwalla is especially passionate about what AI could do for the education sector.

Other areas that still have a ways to go before they can take advantage of advances in AI are transportation, utilities, and heavy machinery. And part of the solution might be to make ML tools that don’t require a degree in data science.

“For every one of your expert data scientists, you have ten analytically savvy businesspeople who are able to frame the problem correctly and add the specific business-relevant calculations that make sense based on the domain knowledge of those people,” Bardoliwalla said.

As machine learning requires knowledge of programming languages such as Python and R and complicated libraries such as NumPy, Scikit-learn, and TensorFlow, most business people can’t create and test models without the help of expert data scientists. This is the area that no-code AI platforms are addressing.

DataRobot and other providers of no-code AI platforms are creating tools that enable these domain experts and business-savvy people to create and deploy machine learning models without the need to write code.

With DataRobot, users can upload their datasets on the platform, perform the necessary preprocessing steps, choose and extract features, and create and compare a range of different machine learning models, all through an easy-to-use graphical user interface.

“The whole notion of democratization is to allow companies and people in those companies who wouldn’t otherwise be able to take advantage of AI and ML to actually be able to do so,” Bardoliwalla said.

No-code AI is not a replacement for the expert data scientist. But it increases ML productivity across organizations, empowering more people to create models. This lifts much of the burden from the overloaded shoulders of data scientists and enables them to put their skills to more efficient use.

“The one person in that equation, the expert data scientist, is able to validate and govern and make sure that the models that are being generated by the analytically savvy businesspeople are quite accurate and make sense from an interpretability perspective—that they’re trustworthy,” Bardoliwalla said.

This evolution of machine learning tools is analogous to how the business intelligence industry has changed. A decade ago, the ability to query data and generate reports at organizations was limited to a few people who had the special coding skill set required to manage databases and data warehouses. But today, the tools have evolved to the point that non-coders and less technical people can perform most of their data querying tasks through easy-to-use graphical tools and without the assistance of expert data analysts. Bardoliwalla believes that the same transformation is happening in the AI industry thanks to no-code AI platforms.

“Whereas the business intelligence industry has historically focused on what has happened—and that is useful—AI and ML is going is to give every person in the business the ability to predict what is going to happen,” Bardoliwalla said. “We believe that we can put AI and ML into the hands of millions of people in organizations because we have simplified the process to the point that many analytically savvy business people—and there are millions of such folks—working with the few million data scientists can deliver AI- and ML-specific outcomes.”

The evolution of no-code AI at DataRobot

DataRobot launched the first set of no-code AI tools in 2014. Since then, the platform has expanded at the fast pace of the applied machine learning industry. DataRobot unified its tools into the AI Cloud in 2021, and in mid-March, the company released AI Cloud 8.0, the latest version of its platform.

The AI Cloud has evolved into an end-to-end no-code platform that covers the entire machine learning development lifecycle.

“We recognized in 2019 that we had to expand, and the way you get value from machine learning is by being able to deploy models in production and have them actually provide predictions in business processes,” Bardoliwalla said.

In addition to creating and testing models, DataRobot also supports MLOps, the practices that cover the deployment and maintenance of ML models. The platform includes a graphical No-Code AI App Builder tool that enables you to create full-fledged applications on top of your models. The platform also monitors deployed ML models for decay, data-drift, and other factors that can affect performance. More recently, the company added data engineering tools for gathering, segmenting, labeling, updating, and managing the datasets used to train and validate ML models.

“Our vision expanded dramatically, and the first evidence of the end-to-end platform arrived in 2019. What we’ve done since then is tie all of that together—and this is what we announced with the 8.0 release with the Continuous AI,” Bardoliwalla said.

The future of no-code AI

As no-code AI has matured, it has also become valuable to seasoned data scientists and machine learning engineers, who are interested in automating the tedious parts of their job. Throughout the entire machine learning development lifecycle, more advanced users can integrate their own hand-written code with DataRobot’s automated tools. Alternatively, they can extract the Python or R source code for the models DataRobot generates and further customize it for integration into their own applications.

Some of the ideas that Bardoliwalla is entertaining is the development of tools that can continuously update and profile the data used in machine learning models. There are also opportunities to further streamline the automated ML process by continually monitoring the accuracy of not only the model in production, but also challenger models that can potentially replace the main ML model as context and conditions change.

“The way that no-code environments are going to succeed is that they allow for more and more functionality that used to require someone to write code, to now be able to manifested in just a couple of simple clicks inside of a GUI,” Bardoliwalla said.