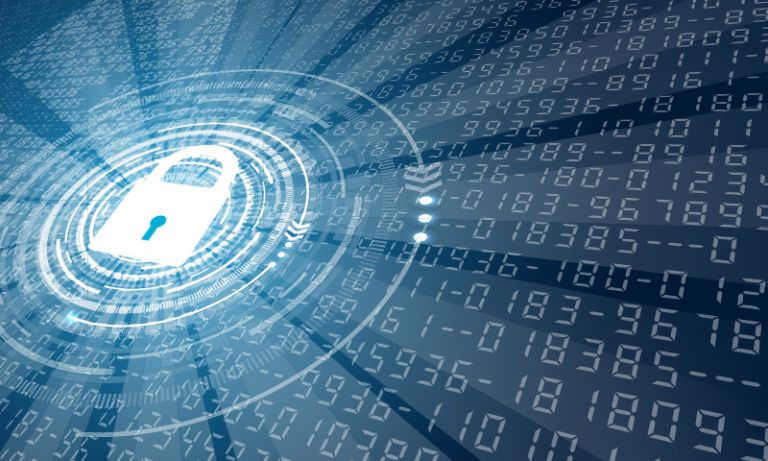 The first is ‘Bitcoin’. This is the oldest and best-known of the many hundreds of cryptocurrencies that now exist.

With a market capitalisation of £690 billion (28 March 2022), it’s also the largest in terms of the value of digital ‘coins’ in circulation. You can find out more here about Bitcoin and its largest rivals.

The second term is ‘blockchain’. This is an important component at the heart of nearly all cryptocurrencies.

But what actually is blockchain? Here’s what you need to know.

It’s a form of technology - specifically, the database technology that underpins nearly all cryptocurrencies. Think of it as a database distributed across millions of computers via a worldwide network. In this context, these computers are often referred to as ‘nodes’.

By distributing identical copies of a database across an entire network, blockchain makes it hard to hack or cheat the system. And while cryptocurrency is currently the most popular use for blockchain technology, there is potential for it to serve a wide range of applications.

At its heart, blockchain is a distributed digital ledger that stores data of any kind. For example, a blockchain can record information about cryptocurrency transactions, or the ownership of Non-Fungible Tokens (NFTs), a form of digital asset that represent real-world objects, such as unique works of art.

Blockchain has also been used as a digital ledger to verify and track the provenance, characteristics and history of diamonds.

Any conventional database can store the sort of information outlined in the examples above. But the blockchain is unique in that it’s decentralised. Rather than being maintained in one place, numerous identical copies of a blockchain database are held on multiple computers spread around a network.

The digital ledger referred to earlier is described as a ‘chain’ composed of individual ‘blocks’ of data. As fresh data gets added to the network, a new block is created and is linked into the chain.

To remain identical, all the nodes (computers) are required to update their version of the blockchain ledger. The way new blocks are created underpins why blockchain is regarded as highly secure.

That’s because a majority of nodes must verify and confirm the legitimacy of the new data before a new block can be added to the ledger. For cryptocurrency, this might involve ensuring that new transactions in a block were not fraudulent, or that coins had not been spent more than once.

This is different from a standalone database or spreadsheet, where changes to a single version can be made without qualification.

Once consensus has been reached, the block is added to the chain with the underlying transactions recorded in the distributed ledger. Blocks are securely linked together, forming a secure digital chain from the beginning of the ledger to the last addition.

As a reward for their efforts in validating changes to the shared data, nodes are usually given new amounts of the blockchain’s native currency.

Blockchains exist in both private and public formats. Anyone can take part in a public blockchain, which means they can read, write or audit the data on the blockchain in question. Because no single entity controls the nodes, it’s difficult to change the transactions logged within a public blockchain.

Blockchain and its uses

Blockchain technology has been put to use for a variety of purposes, from providing financial services to administering voting systems.

Blockchain was created in 2008 as the technology behind Bitcoin, the first cryptocurrency. The brains behind Bitcoin’s creation was the anonymous Satoshi Nakamato, either an individual or group of people, who initially published a paper on the cryptocurrency as well as designing it.

Nowadays, blockchain technology is most commonly associated with cryptocurrencies, such as Bitcoin and Ethereum. When people buy, exchange or spend cryptocurrencies the transactions are registered on a blockchain.

In addition to cryptocurrencies, blockchain is also being used to process transactions in traditional currencies, such as pounds, dollars and euros. This can be faster than traditional methods that involve sending money through a bank, or other financial institution, because the transactions can be verified faster and processed outside normal business hours.

Blockchain can also be used to record and transfer the ownership of different assets. This is popular with digital assets such as NFTs.

Blockchain could also potentially be used to transact the ownership of real-life assets, such as the deeds to property.

With a property transaction, for example, both seller and buyer could use the blockchain to satisfy their respective obligations in the sales process – from verifying ownership rights, to completing and recording the sale. All this could be done without the need to manually submit paperwork to update land registration records.

Digital contracts such as these would kick into action automatically when certain conditions are all satisfied. For example, a payment might be released instantly once a buyer and seller have met all specified parameters relating to a deal.

When they’re not being hampered by the pandemic, supply chains typically involve large amounts of information, especially when goods are being manufactured and then transported around the world. Traditional data storage methods can find it difficult tracing the source of problems. For example, in the case of a vendor responsible for poor quality goods.

Storing supply data information on blockchain can make it easier to monitor which goods have come from certain sources.

Blockchain could also potentially be used to prevent fraud in voting by allowing people to submit votes that couldn’t be tampered with.

Improves the accuracy of transactions

Blockchain transactions are verified by multiple nodes which helps to reduce mistakes. If one node contains an error in the database, the others ought to see that it’s different and pick up on the mistake.

This contrasts starkly with the way a traditional database works, where an error made by an individual is more likely to slip through the net. In addition, every asset is individually identified and tracked on the blockchain ledger. This eliminates the chance of assets being accounted for twice.

Two parties using blockchain can confirm and complete a transaction without needing a third party to facilitate the process. This can save time and reduce costs. For example, by not requiring an institution like a bank to act as an intermediary within a sales process.

Theoretically, a decentralised network like blockchain should make it almost impossible for someone to make fraudulent transactions.

To forge a transaction, every node would need to be hacked and every ledger altered. While this isn’t necessarily impossible, many cryptocurrency blockchain systems use ‘proof-of-stake’ or ‘proof-of-work’ transaction verification methods that make it difficult – and not in a participant’s best interests – to add fraudulent transactions.

Blockchain works 24/7 enabling people to make financial transactions and asset transfers more efficiently and without the need for a third-party, such as a bank or other overseeing organisation (such as a government department), to ratify the process.

Given that blockchain depends on a larger network to approve transactions, there’s a limit to how quickly it can move. What’s more, increasing numbers of transactions create network speed issues. Scalability is therefore a challenge until this situation improves.

With all the nodes working to verify transactions, the process takes up significantly more energy than a solo database or spreadsheet - a not insignificant consideration during these times of sky-high electricity prices.

Some digital assets are secured using a cryptographic key, such as cryptocurrency held within a blockchain wallet. In any decentralised system, keys need to be guarded carefully. That’s because if the owner of a digital asset lost his/her key, there is no way it could be recovered, with the asset potentially being lost forever.

Blockchain’s decentralisation adds a layer of privacy and confidentiality which makes it appealing to criminals. It’s trickier to track illicit transactions on blockchain than through banks, where accounts are tied to a name.

Can I invest in blockchain?

Not, as such, no. This is because it’s just a system for storing and procession transactions. You can, however, invest in assets and companies that make use of this technology.

Note, however, that investing in cryptocurrencies is not for everyone. The UK’s financial watchdog, the Financial Conduct Authority, reminds would-be traders that cryptoassets are unregulated and high-risk adding that people are “ very unlikely to have any protection if things go wrong, so people should be prepared to lose all their money if they choose to invest in them”.

Another option is to invest in companies that make use of blockchain. In 2019, for example, Banco Santander announced it had issued what it claimed to be the first $20 million “end-to-end blockchain bond”.

Looking to the future

To some, blockchain remains a niche technology, akin to the early days of the internet. Others believe blockchain technology is making significant progress in development and adoption – with no signs of slowing down.

For example, according to Deloitte’s 2021 Global Blockchain survey, blockchain’s “applicability to myriad industries and applications is now a foregone conclusion, spurring the rapid evolution of digital assets”.

In recent years, some governments – including the UK – have experimented with blockchain technology in a variety of ways including land registration, welfare benefits, healthcare, procurement, food supply chains and identity management.

A combination of these developments, including blockchain’s potential scalability across numerous sectors, means there’s every possibility the technology will soon transform the ways we transact and interact with each other.