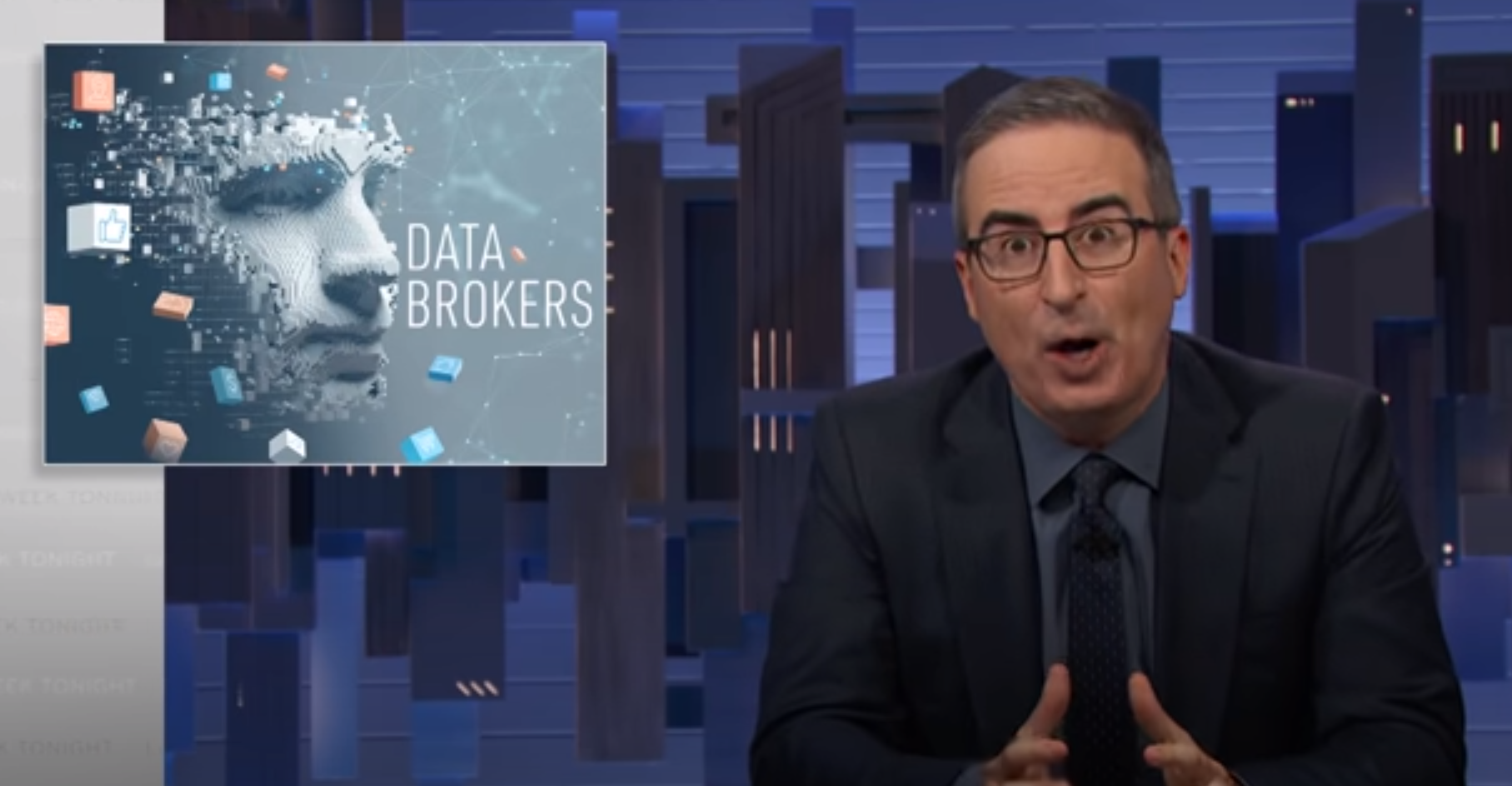 The Last Week Tonight host discussed the ‘sprawling, unregulated ecosystem’ that allows for companies to use personal data to target consumers

The Last Week Tonight host discussed the “unsettling moments” that often happen throughout the day online, as we discover that companies are “monitoring our activities a little bit closer than we would like”.

He called attention to data brokers, who are part of a multibillion-dollar industry that encompasses “everyone from credit reporting companies to these weird people-finding websites whenever you Google the name of your friend’s sketchy new boyfriend”.

They “collect your personal information and then resell or share it with others” and have once been referred to as the “middlemen of surveillance capitalism”. It’s a sprawling, unregulated ecosystem”, and looking into what they do and how they do it can get “very creepy, very fast”.

The process takes breadcrumbs of where we have gone and what we have done online, and packages it to share with marketing firms. Users are then sorted into groups, such as couples with clout, ambitious singles, boomers and boomerangs and kids and cabernet.

The dark side of this includes more narrowly targeted lists, which separate us by certain ailments or sexual preferences. Investigations have found that people are defined by their depression, diabetes, cancer and pregnancy. It’s a “system that seems ripe for abuse” as “what they can buy is pretty troubling”.

While marketing firms have claimed the data is anonymous, the process of “de-anonymising” is fairly easy as Oliver details as people can be discovered by a quick data investigation. “None of us are really anonymous online,” he said.

He called it all “objectively unsettling” and used an example of a priest who was forced to resign after a Catholic newsletter used app data signals from Grindr and matched his phone to his residence, outing him.

It’s a “massive, harmful invasion of privacy” and also incredibly dangerous. He used the example of a domestic violence victim whose address came up on a data broker website. Oliver also shared a horrifying story of a stalker who killed a former classmate after finding her with info he brought for $45.

Requesting removal of information is a “complex process” and there is no federal law requiring that the companies honour an opt-out request.

It also suits the government as both FBI and Ice have bought data to aid criminal investigations and deportations.

“The entire economy of the internet is basically built on this practice,” he said. “All the free stuff that you take for granted online is only free because you are the product.”

He said there needs to be a comprehensive federal privacy law but many politicians build their campaigns on use of personal data.

He used the example of the Video Privacy Protection Act of 1988, which was passed when Congress freaked out when they realised their video rental histories could be shared. “It seems when Congress’s own privacy is at risk they somehow find a way to act,” he said.

To show this, Oliver’s team used “perfectly legal bits of fuckery” to target members of Congress. They bought ads and showed them to men over 45 in DC who had searched for divorce, massage, hair loss and mid-life crisis, creating a group called Congress and cabernet.