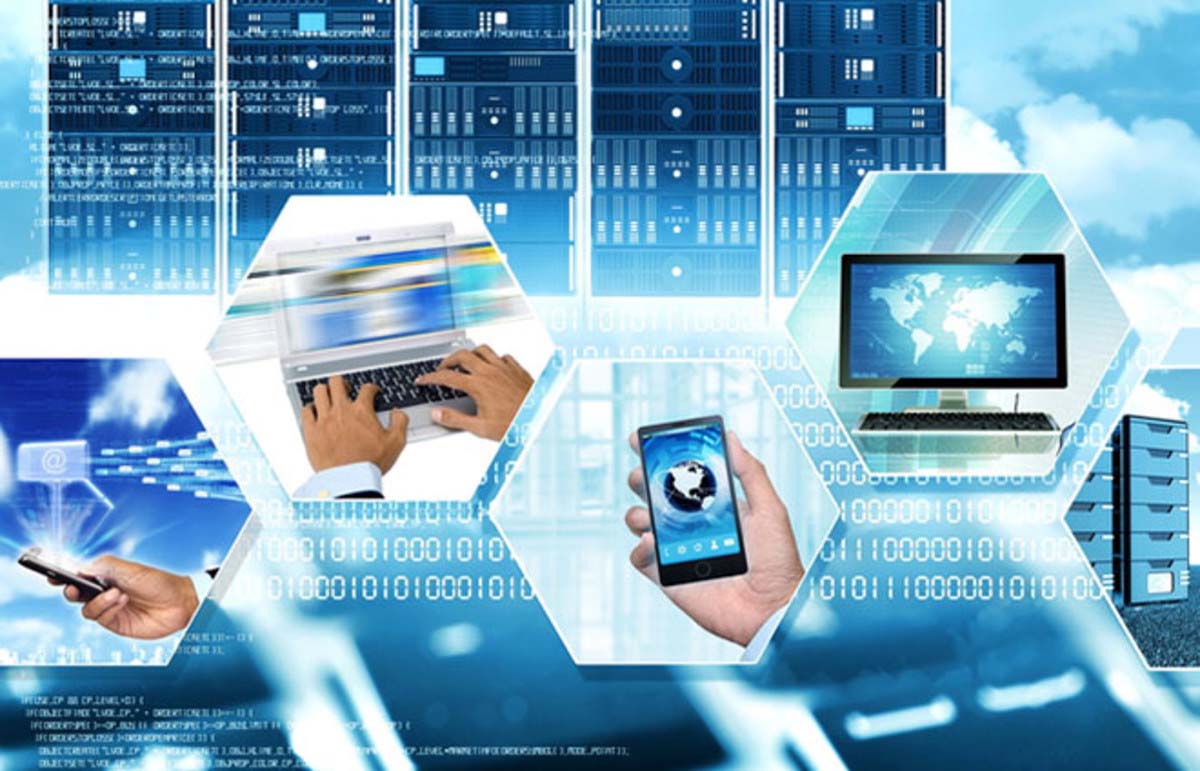 In early 2020, as offices emptied and employees set up laptops on kitchen tables to work from home, the way managers kept tabs on white-collar workers underwent an abrupt change as well.

Bosses used to counting the number of empty desks, or gauging the volume of keyboard clatter, now had to rely on video calls and tiny green "active" icons in workplace chat programs.

In response, many employers splashed out on sophisticated kinds of spyware to claw back some oversight.

At the same time, workers were dreaming up creative new ways to evade the software's all-seeing eye.

Surveys of employers in white-collar industries show that even returned office workers will be subject to these new tools.

What was introduced in the crisis of the pandemic, as a short-term remedy for lockdowns and working from home (WFH), has quietly become the "new normal" for many Australian workplaces.

A game of cat-and-mouse jiggler

For many workers, the surveillance software came out of nowhere.

The abrupt appearance of spyware in many workplaces can be seen in the sudden popularity of covert devices designed to evade this surveillance.

Before the pandemic, "mouse jigglers" were niche gadgets used by police and security agencies to keep seized computers from logging out and requiring a password to access.

Plugged into a laptop's USB port, the jiggler randomly moves the mouse cursor, faking activity when there's no-one there.

When the pandemic hit, sales boomed among WFH employees.

In the last two years, James Franklin, a young Melbourne software engineer, has mailed 5,000 jigglers to customers all over the country — mostly to employees of "large enterprises", he says.

Often, he's had to upgrade the devices to evade an employers' latest methods of detecting and blocking them.

It's been a game of cat-and-mouse jiggler.

"Unbelievable demand is the best way to describe it," he said.

"When Zoom became a thing [along with] activity status and employee tracking, it became almost an expectation for people to have them."

And mouse jigglers aren't the only trick for evading the software.

In July last year, a Californian mum's video about a WFH hack went viral on TikTok.

Leah told how her computer set her status to "away" whenever she stopped moving her cursor for more than a few seconds, so she had placed a small vibrating device under the mouse.

"It's called a mouse mover … so you can go to the bathroom, free from paranoia."

Others picked up the story and shared their tips, from free downloads of mouse-mimicking software to YouTube videos that are intended to play on a phone screen, with an optical mouse resting on top. The movement of the lines in the video makes the cursor move.

"A lot of people have reached out on TikTok," Leah told the ABC.

"There were a lot of people going, 'Oh, my gosh, I can't believe I haven't heard of this before, send me the link.'"

Tracking software sales are up — and staying up

On the other side of the world, in New York, EfficientLab makes and sells an employee surveillance software called Controlio that's widely used in Australia.

"At the beginning of the pandemic, there was already a lot of companies looking into monitoring software, but it wasn't such an important feature," he said.

"But the pandemic forced many people to work remotely and the companies started to look into employee monitoring software more seriously."

In Australia, as in other countries, the number of Controlio clients has increased "two or three times" with the pandemic.

This increase was to be expected — but what surprised even Mr Galeb was that demand has remained strong in recent months.

"They're getting these insights into how people get their work done," he said.

"Even when some companies have returned back to office work, they still rely on employee monitoring software."

The most popular features for employers, he said, track employee "active time" to generate a "productivity score".

Managers view these statistics through an online dashboard.

Advocates say this is a way of looking after employees, rather than spying on them.

Bosses can see who is "working too many hours", Mr Galeb said.

"Depending on the data, or the insights that you receive, you get to build this picture of who is doing more and doing less."

Nothing new for blue-collar workers

But those being monitored are likely to see things a little differently.

Ultimately, how the software is used depends on what power bosses have over their workers.

For the increasing number of people in insecure, casualised work, these tools appear less than benign.

In an August 2020 submission to a NSW senate committee investigating the impact of technological change on the future of work, the United Workers Union featured the story of a call centre worker who had been working remotely during the pandemic.

One day, the employer informed the man that monitoring software had detected his apparent absence for a 45-minute period two weeks earlier.

Unable to remember exactly what he was doing that particular day, the matter was escalated to senior management who demanded to know exactly where he physically was during this time. This 45-minute break in surveillance caused considerable grief and anxiety for the company. A perceived productivity loss of $27 (the worker's hourly rate) resulted in several meetings involving members of upper management, formal letters of correspondence, and a written warning delivered to the worker.

There were many stories like this one, said Lauren Kelly, who wrote the submission.

"The software is sold as a tool of productivity and efficiency, but really it's about surveillance and control," she said.

"I find it very unlikely it would result in management asking somebody to slow down and do less work."

What it's like to work for the richest man alive

Ms Kelly, who is now a PhD candidate at RMIT with a focus on workplace technologies including surveillance, says tools for tracking an employee's location and activity are nothing new — what has changed in the past two years is the types of workplaces where they are used.

"Once it's in, it's in. It doesn't often get uninstalled," she said.

"The tracking software becomes a ubiquitous part of the infrastructure of management."

More than half of Australian small-to-medium-sized businesses used software to monitor the activity and productivity of employees working remotely, according to a Capterra survey in November 2020.

That's about on par with the United States.

"There's a tendency in Australia to view these workplace trends as really bad in other places like the United States and China," Ms Kelly said.

"But actually, those trends are already here."

In fact, a 2021 survey suggested Australian employers had embraced location-tracking software more warmly than those of any other country.

Every two years, the international law firm Herbert Smith Freehills surveys thousands of its large corporate clients around the world for an ongoing series of reports on the future of work.

In 2021, it found 90 per cent of employers in Australia monitor the location of employees when they work remotely, significantly more than the global average of less than 80 per cent.

Workplace surveillance while working from home

Companies are turning to technology to keep track of their employees' productivity. But some experts are concerned, and say a simple weekly catch-up could do more good.

Many introduced these tools having found that during lockdown, some employees had relocated interstate or even overseas without asking permission or informing their manager, said Natalie Gaspar, an employment lawyer and partner at Herbert Smith Freehills.

"I had clients of mine saying that they didn't realise that their employees were working in India or Pakistan," she said.

"And that's relevant because there [are] different laws that apply in those different jurisdictions about workers compensation laws, safety laws, all those sorts of things."

She said that, anecdotally, many of her "large corporate" clients planned to keep the employee monitoring software tools — even for office workers.

"I think that's here to stay in large parts."

And she said employees, in general, accepted this elevated level of surveillance as "the cost of flexibility".

"It's the quid pro quo for working from home," she said.

The short answer is yes, but there are complications.

There's no consistent set of laws operating across jurisdictions in Australia that regulate surveillance of the workplace.

In New South Wales and the ACT, an employer can only install monitoring software on a computer they supply for the purposes of work.

With some exceptions, they must also advise employees they're installing the software and explain what is being monitored 14 days prior to the software being installed or activated.

In NSW, the ACT and Victoria, it's an offence to install an optical or listening device in workplace toilets, bathroom or change rooms.

South Australia, Tasmania, Western Australia, the Northern Territory and Queensland do not currently have specific workplace surveillance laws in place.

Smile, you're at your laptop

Location tracking software may be the cost of WFH, but what about tools that check whether you're smiling into the phone, or monitor the pace and tone of your voice for depression and fatigue?

These are some of the features being rolled out in the latest generation of monitoring software.

Zoom, for instance, recently introduced a tool that provides sales meeting hosts with a post-meeting transcription and "sentiment analysis".

Software already on the market trawls email and Slack messages to detect levels of emotion like happiness, anger, disgust, fear or sadness.

A bit under half said they already had processes in place to detect and address wellbeing issues, and these were assisted by technology such as sentiment analysis software.

Often, these technologies are tested in call centres before they're rolled out to other industries, Ms Kelly said.

"Affect monitoring is very controversial and the technology is flawed.

"Some researchers would argue it's simply not possible for AI or any software to truly 'know' what a person is feeling.

"Regardless, there's a market for it and some employers are buying into it."

Back in Melbourne, Mr Franklin remains hopeful that plucky inventors can thwart the spread of bossware.

When managers went a step further and monitored what was happening on employees' screens, a tool appeared that cycled through a prepared list of webpages at regular intervals.

"The sky's the limit when it comes to defeating these systems," he said.

And sometimes the best solutions are low tech.

Recently, an employer found a way to block a worker's mouse jiggler, so he simply taped his mouse to the office fan.

"And it dragged the mouse back and forth.

"Then he went out to lunch."