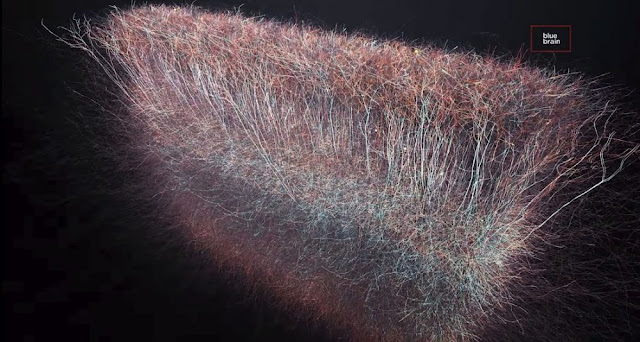 Neuroscientist Henry Markram, director of Blue Brain Project and professor at the EPFL in Lausanne, Switzerland, said: “We found a world that we had never imagined. There are tens of millions of these objects, even in a speck of the brain, up through seven dimensions. In some networks, we even found structures with up to eleven dimensions.”

Traditional mathematical viewpoints were found to be inapplicable and unproductive once researchers studied the human brain. 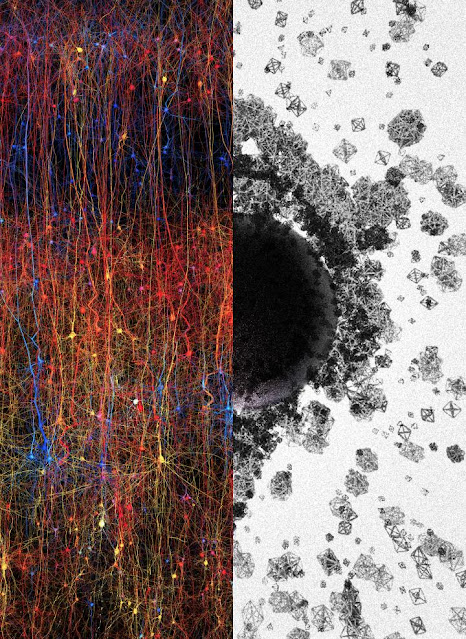 The graphic tries to depict something that can’t be seen – a multi-dimensional cosmos of structures and places. A computerised replica of a section of the neocortex, the brain’s most evolved portion, may be found on the left. On the right, several forms of various sizes and geometries are used to illustrate constructions with dimensions ranging from one to seven and beyond. The central “black-hole” represents a collection of multi-dimensional voids or cavities. In a new paper published in Frontiers in Computational Neuroscience, researchers from the Blue Brain Project claim that groupings of neurons coupled into such holes provide the necessary link between brain structure and function. Blue Brain Project is the source of this image.

Instead, scientists opted to investigate algebraic topology. Algebraic topology is a branch of mathematics that studies topological spaces using techniques from abstract algebra. In applying this approach in their latest work, scientists from the Blue Brain Project were joined by mathematicians Kathryn Hess from EPFL and Ran Levi from Aberdeen University.

Professor Hess explained: “Algebraic topology is like a telescope and microscope at the same time. It can zoom into networks to find hidden structures – the trees in the forest – and see the empty spaces – the clearings – all at the same time.”

The researchers observed that brain structures are formed when a collection of neurons – cells in the brain that carry impulses – form a clique. Each neuron in the group is connected to every other neuron in the group in a unique way, resulting in the formation of a new entity. The ‘dimension’ of an item increases as the number of neurons in a clique increases.

The scientists used algebraic topography to model the architecture within a virtual brain they developed with the help of computers. They subsequently confirmed their findings by doing experiments on genuine brain tissue. The researchers discovered that by adding inputs to the virtual brain, cliques of increasingly HIGHER dimensions formed. In addition, investigators detected voids between the cliques.

Ran Levi from Aberdeen University said: “The appearance of high-dimensional cavities when the brain is processing information means that the neurons in the network react to stimuli in an extremely organized manner. It is as if the brain reacts to a stimulus by building then razing a tower of multi-dimensional blocks, starting with rods (1D), then planks (2D), then cubes (3D), and then more complex geometries with 4D, 5D, etc. The progression of activity through the brain resembles a multi-dimensional sandcastle that materializes out of the sand and then disintegrates.”

The new information on the human brain provides previously unseen insights into how the brain processes information. Scientists have said, however, that it is still unclear how the cliques and cavities arise in such a unique way.

The new research could someday help scientists solve one of neuroscience’s greatest mysteries: where does the brain ‘store’ memories.